Announcing the winners from this year’s film festival!

People’s Choice winner was “Unbranded,” a film about four cowboys who ride 16 Mustangs 3,000 miles through the wildest terrain in the American West to inspire conservation efforts and prove the worth of 50,000 wild horses and burros living in holding pens.

The Best of Festival was “The Burden.” At the Sunday night “Best Of” film series in the Nevada Theatre, Melinda Booth, Wild & Scenic Film Festival Director, introduced the film and shared the comments from the jury about their choice. Long-time juror Chuck Jaffee called it the most important filmed to ever be shown at the festival. It’s a ground-breaking environmental film that puts both Republicans and Democrats on the same side. Watch it, and share! It’s important.

If you missed the Wild & Scenic Film Festival, you can still watch the films. SYRCL has a lending library where members can check out the films, and many of the films can be found on Netflix, YouTube, and Vimeo.

Best of Festival
The Burden

Spirit of Activism
The Accidental Environmentalist

This entry was posted in Nevada City Events. Bookmark the permalink. 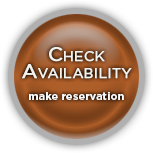